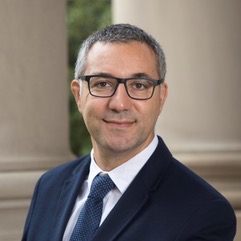 Abstract: Steadily increasing urbanization is causing significant economic and social transformations in urban areas, posing several challenges related to city management and services. In particular, in cities with higher crime rates, effectively providing for public safety is an increasingly complex undertaking. To handle this complexity, new technologies are enabling police departments to access growing volumes of crime-related data that can be analyzed to understand patterns and trends, and ultimately support more effective crime prevention.
This talk presents an overview about how data-driven predictive approaches can support police officers to forecast crimes in urban areas, aimed at increasing the efficient deployment of police resources within a given territory. Then, it presents a multi-step algorithm, based on spatial analysis and auto-regressive models, to automatically detect high-risk crime regions in urban areas and to reliably forecast crime trends in each region. The experimental evaluation, performed on two real-world datasets collected in the cities of Chicago and New York City, shows good accuracy in spatial and temporal crime forecasting over rolling time horizons.


Biography: Eugenio Cesario is an Associate Professor of Computer Engineering at DICES Department, University of Calabria (Italy). Until June 2020 he was an Associate Professor at CSSE Department, Monmouth University (U.S.). Earlier in his career, he was researcher at the Institute of High Performance Computing and Networks of the National Research Council of Italy (ICAR-CNR), from 2007 to 2018. He is member of the Scientific Board of the Ph.D. in ICT of the University of Calabria and co-founder of DtoK Lab, an academic spin-off of University of Calabria.
His research interests fall in the broad areas of Data Analytics and Parallel/Distributed Data Mining, and include Urban Computing, Smart Cities, Crime Data Mining, Energy-aware Cloud Computing, Cloud\Grid services architectures, Knowledge Discovery applications. He co-authored over sixty scientific papers in international journals, conference proceedings, and edited volumes. He is currently serving as Associate Editor of the Knowledge and Information Systems journal (KAIS, Elsevier) and he is member of the Editorial Board of the Biomedical Data Mining journal. He received two best paper awards and a best paper nomination in three international conferences. He has been serving as a chair, organizer, panelist and program committee member of several international conferences.
He received his Ph.D. in Systems and Computer Engineering from the University of Calabria in 2006. From 2003 to 2006 he was a research fellow, at ICAR-CNR, working on data mining systems and applications. In 2005 he was visiting scholar at Rensselaer Polytechnic Institute (Troy, NY) working on high-dimensional categorical clustering issues. From 2015 to 2017 he spent short visiting periods at Urban Center for Computation and Data (University of Chicago, IL) and Rutgers University (NJ), working on urban data analytics and crime prediction.