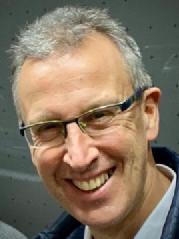 Abstract: We discuss Neural Ordinary Differential Equations (NODEs) from a control theoretical perspective to address some of the main challenges in Machine Learning and, in particular, data classification and Universal Approximation. More precisely, we adopt the perspective of the simultaneous control of systems of NODEs. For instance, in the context of classification, each item to be classified corresponds to a different initial datum for the Cauchy problem of the NODE. And all the solutions corresponding the data under consideration need to be driven to the corresponding target by means of the same control. We present a genuinely nonlinear and constructive method, allowing to estimate the complexity of the control strategies we develop. The very nonlinear nature of the activation functions governing the nonlinear dynamics of NODEs under consideration plays a key role. It allows deforming half of the phase space while the other half remains invariant, a property that classical models in mechanics do not fulfill. This very property allows to build elementary controls inducing specific dynamics and transformations whose concatenation, along with properly chosen hyperplanes, allows achieving our goals in finitely many steps. We also present the counterparts in the context of the control of neural transport equations, establishing a link between optimal transport and deep neural networks.

This is a joint work Domènec Ruiz-Balet.


Biography: Enrique Zuazua Iriondo (Eibar, Basque Country – Spain, 1961) dual PhD in Mathematics – University of the Basque Country & Université Pierre et Marie Curie, holds a Chair in Applied Analysis – Alexander von Humboldt Professorship at FAU- Friedrich–Alexander University, Erlangen–Nürnberg (Germany). He leads the research project “DyCon: Dynamic Control”, funded by the ERC – European Research Council at Deusto Foundation, University of Deusto – Bilbao (Basque Country, Spain) and the Department of Mathematics, at UAM – Autonomous University of Madrid where he holds secondary appoints as Professor of Applied Mathematics (UAM) and Director of CCM – Chair of Computational Mathematics (Deusto).
His fields of expertise in the area of Applied Mathematics cover topics related with Partial Differential Equations, Systems Control and Machine Learning, led to some fruitful collaboration in different industrial sectors such as the optimal shape design in aeronautics and the management of electrical and water distribution networks.
With an important high impact on his work (h-index = 43) he has mentored a significant number of postdoctoral researchers and coached a wide network of Science managers.
He holds a degree in Mathematics from the University of the Basque Country, and a dual PhD degree from the same university (1987) and the Université Pierre et Marie Curie, Paris (1988). In 1990 he became Professor of Applied Mathematics at the Complutense University of Madrid, to later move to UAM in 2001.
He has been awarded the Euskadi (Basque Country) Prize for Science and Technology 2006 and the Spanish National Julio Rey Pastor Prize 2007 in Mathematics and Information and Communication Technology and the Advanced Grants by the European Research Council (ERC) NUMERIWAVES in 2010 and DyCon in 2016.
He is an Honorary member of the of Academia Europaea and Jakiunde, the Basque Academy of Sciences, Letters and Humanities, Doctor Honoris Causa from the Université de Lorraine in France and Ambassador of the Friedrisch-Alexandre University in Erlangen-Nurenberg, Germany.
He was an invited speaker at ICM2006 in the section on Control and Optimization.
From 1999-2002 he was the first Scientific Manager of the Panel for Mathematics within the Spanish National Research Plan and from 2008-2012 he was the Founding Scientific Director of the BCAM – Basque Center for Applied Mathematics.
He is also a member of the Scientific Council if a number of international research institutions such as the CERFACS in Toulouse, France and member of the Editorial Board in some of the leading journals in Applied Mathematics and Control Theory.